Posted in Agri-Business, Investments in Uruguay, living and working in Uruguay On May 7, 2020 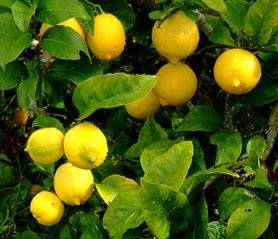 The results of the Spring 2019 Citrus Survey, prepared by the Directorate of Agricultural Statistics (DIEA) of the Ministry of Livestock, Agriculture, and Fisheries (MGAP) of Uruguay, show that during the 2019 harvest the lemon was the citrus fruit that experienced the greatest growth in its production, both in percentage and in absolute value, totaling 47,422 tons, i.e. 25% more than in 2018. Likewise, in the last five years, it has been the only product that grew in production, and it did so by 33% above the average.

The common lemon is the most important lemon variety produced in Uruguay. With 615,000 plants and 1,200 hectares, it accounts for 69% of the country’s total lemon production. In addition, this citrus has the highest percentage of irrigated area, reaching 85%.

The current average density is 493 plants per hectare and the general average yield for this harvest is 43 kilograms per plant, which is equivalent to a production of 21.2 tons per hectare.