Posted in Government initiatives, Investments in Uruguay, Laws and Regulations, living and working in Uruguay On May 31, 2020 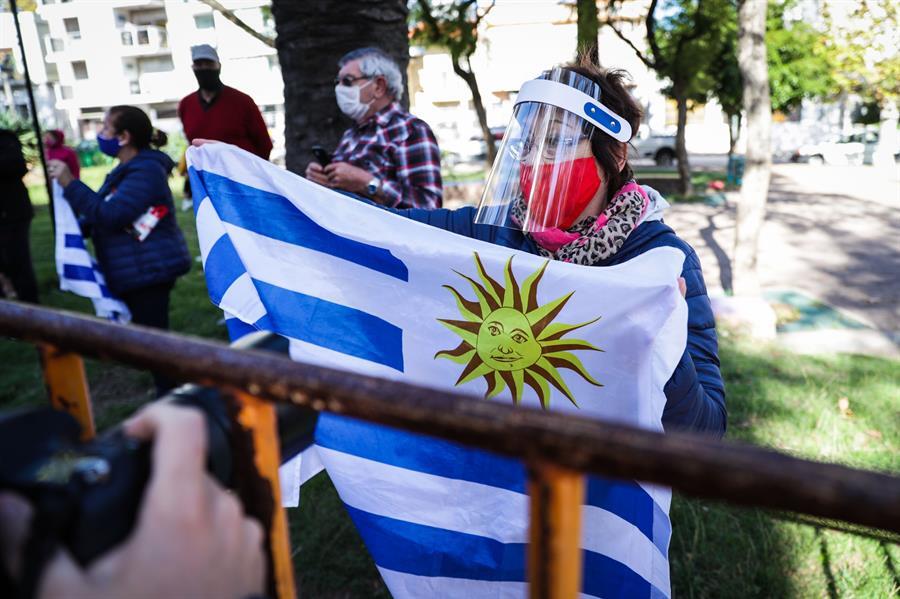 Stricken neighbours take note – Uruguay has not only contained the outbreak, it has done so without a lockdown, harsh quarantines or heavy-handed policing.
As the novel coronavirus cyclones through Latin America, it has staggered almost every nation. So how to explain Uruguay? Its infection rate of 2.1 cases per million inhabitants is the second lowest in South America and already falling, with just 22 fatalities by May 27. Ahead of many of its neighbours, Uruguay is already glimpsing a safe return to economic normalcy.

It might not have turned out this way. The nation of 3.5 million people is rife with risks. It is the Latin American nation with the largest share of elderly, and all but four percent of the national population lives in cities. Those are the kind of demographics made for contagion. Uruguay is wedged between ailing giants: Brazil is the pandemic’s new epicenter, while Argentina was already nearing economic collapse when it defaulted on its debt last week.

And yet — stricken neighbours take note — Uruguay has not only contained the outbreak, it has done so without a lockdown, harsh quarantines or heavy-handed policing. Most schools and restaurants closed their doors, but shops and businesses were allowed to stay open. Unlike its outsize neighbours who mostly flew blind into the pandemic, Uruguay built its crisis response on proactive testing and tracing — it has the second highest testing rate in South America — and cajoling its citizenry to do the right thing, as in this national mask-wearing campaign.

Its liberal social engineering strategy is similar to Sweden’s, yet Uruguay has managed to avoid the Scandinavian country’s soaring death toll. Its policies have drawn praise from the World Bank and earned Uruguay favourable comparisons to New Zealand, minus the benefit of being surrounded by ocean.

A near-universal healthcare system, years in the making, has helped. So has the country’s relatively low population density (Montevideo is about half as densely occupied as Buenos Aires) as well as Uruguay’s overall well-being. The Boston Consulting Group in 2018 ranked Uruguay as Latin America’s most prosperous nation. It boasts one of the region’s highest scores on the human development index. Extreme poverty has all but disappeared. But perhaps Uruguay’s biggest assets are its intangibles. Uruguayans, while hardly complacent, tend to follow rules and heed authorities. Mind you, social distancing doesn’t come naturally to the gregarious Charrua, as its natives call themselves. “People crowd the Rambla [a shoreline drive] on Sunday, share the cup of mate tea and congregate for barbecue on Sunday,” said Benjamin Gedan, deputy director of the Wilson Center’s Latin America program.

Uruguayan voters also share a political culture that allows adversaries to disagree without descending into toxic dissent. A centre-right political alliance narrowly won the election last year, after a decade and a half of rule by a left-wing coalition, but the switch was not the product of the same popular revilement that sent millions to the streets across Latin America. “In a region roiled by political chaos and uncertainty, we have seen social stability and a considerable degree of political consensus,” said Ignacio Munyo, an economist who teaches at the University of Montevideo. Tellingly, the most remarkable protest in Uruguay was last year’s mass march for the rule of law and against a controversial amendment to crack down on a crime surge by creating a national guard with praetorian powers. The bill was defeated. A message hoisted by a lone leftist partisan in the crowd gathered to hail conservative president-elect Luis Lacalle Pou’s victory last November became a unifying national meme: “Congratulations. If you fare well, so will I,” read his placard.

So far, Lacalle Pou has mostly returned the favor. “While this is definitely a government of the right, it’s also a broad coalition,” said Nicolás Saldias, a Latin America scholar at the Wilson Center. “You don’t see wild policy swings. Lacalle Pou has mostly maintained the social and labor policies from before. There’s broad agreement among political actors despite their differences.

Shared commitments could presage a quicker recovery. Although the International Monetary Fund reckoned the Uruguayan economy will shrink by three percent this year, the regional contraction will be far more severe: 5.2 percent. What’s more, the fund touts Uruguay to log the region’s sharpest rebound (five percent) in 2021. That forecast affords Uruguay a rare chance for a reset. The economy was already in a five-year rut heading into the health crisis. The World Economic Forum ranked Uruguay poorly in hiring and firing policies and worker-employer cooperation, and 108th among 141 countries for overall labour flexibility. The country also must deepen pension reform to provide for the quickly graying population. “This is the right moment to restructure,” Munyo said. “That’s critical for putting Uruguay in the centre of multinational sights for investment.”

In this way, Uruguay’s penchant for national accord can be good medicine. Shared sensibilities could not only help inoculate its struggling economy with vital structural reforms but also spread a salutary message to the rest of a region riven by politics.