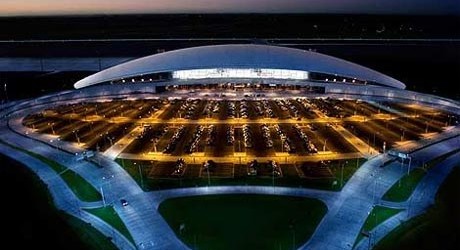 Argentine budget carrier Flybondi will start serving Uruguay as of December, it was announced this week.“ It is a good offer for many tourists to come to our country from Buenos Aires and all of Argentina,” said the head of Tourism.

Uruguay’s Tourism Undersecretary Remo Monzeglio made the announcement Thursday afternoon during a press conference at the Executive Tower where he specified the details of the requirements foreigners will need to meet starting Nov. 1 to enter the country.Monzeglio seized the opportunity to explain that “a low cost line, Flybondi, begins to travel from [Buenos Aires’ metropolitan] Aeroparque to Punta del Este with four weekly frequencies,“ Flights will begin Dec. 1 and will significantly enlarge Uruguay’s connectivity map.A Flybondi statement specified flights will be available Mondays, Fridays, Saturdays and Sundays on Boeing 737-800 aircraft.

Monzeglio also revealed tickets will cost US $ 68 each way, “which is obviously a good offer for many tourists to come to our country from Buenos Aires and all of Argentina.”

Low cost airlines “have the advantage that they increase a lot, they encourage transit, connectivity with different destinations,” Monzeglio added.Flybondi was founded in 2018. It was Argentina’s first self-procclaimed budget carrier in Argentina and has a fleet of four Boeing 737-800 NG aircraft with a capacity of 189 seats since mid-September.Flybondi CEO Mauricio Sana said in a statement that ”based on sales levels, we see that it will be a very good season.”