Why Uruguay’s bet on China matters for Latin America

Posted in Government initiatives, Investments in Uruguay On October 14, 2021 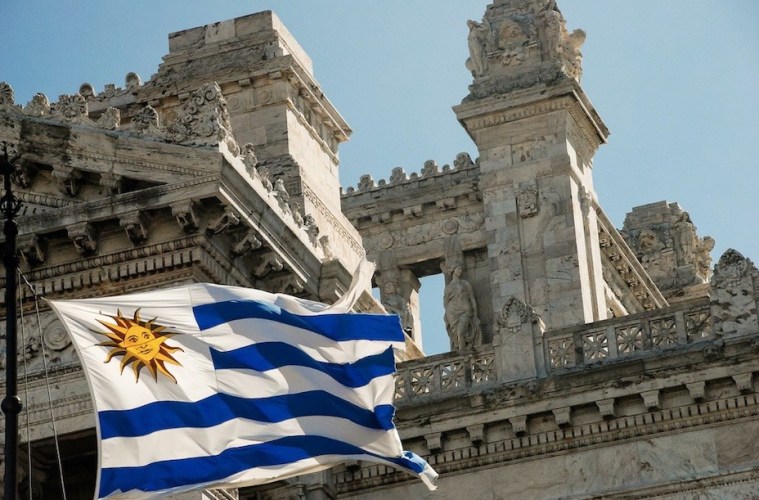 Under a coalition government of the center led by President Luis Lacalle Pou, one might expect Uruguay to keep China at arm’s length. But in a twist with extensive implications for economic relations between China and Latin America, it is doing the opposite. The Uruguayan government is pressing forward with efforts to hammer out a free trade deal with China, already the top buyer of its exports. A deal with the small country could have huge implications for the rest of the region. In fact, on September 8, Uruguay’s presidential chief of staff, Álvaro Delgado, declared his wish for Uruguay to become the “front door” for economic integration between China and the MERCOSUR countries — Argentina, Brazil, Uruguay and Paraguay.

Uruguay’s push for a deal has received some criticism from within the region, particularly from its MERCOSUR partner Argentina. But if Uruguay can successfully push back against the restrictions imposed on bilateral trade deals by MERCOSUR, it could force a long-desired rollback of protectionist trade policies in the region. National economies in the region, including Argentina, would benefit from being able to strike their own trade deals. Of course, these deals would likely lead to closer economic and political ties to China, which have their own geopolitical risks — for example, blowback from the U.S.

Like other countries in MERCOSUR, Uruguay has strong comparative advantages in agriculture, especially in food and raw materials. The global market for these goods is heavily encumbered by protectionist policies, which hinder trade with China even as New Zealand and Australia, Uruguay’s export rivals in the Chinese market, enjoy preferential access. Uruguayan exporters have been eager for more than a decade to broker a deal for comparable access to the Chinese market for their goods — and the government has taken note.

The proposed agreement did not come entirely out of the blue. High-profile state visits and other deals in recent years have signaled strengthening ties between Uruguay and China. In 2011 Xi Jinping, then vice president of the government of China, made an official visit to Uruguay to meet President José Mujica. Uruguay’s then-President Tabaré Vázquez returned the visit in 2016, and the next year, the first major business meeting between China, Latin America and the Caribbean was held in Uruguay’s Punta del Este. In December of 2020, Lacalle Pou obtained President Xi’s assistance in accessing China’s Sinovac vaccine. Doses began arriving in March 2021 and helped Uruguay carry out a rapid vaccination campaign that compares favorably to other countries.

But even as Uruguay moves closer to China, MERCOSUR rules present an obstacle to a bilateral trade deal with the world’s second-largest economy. Thirty years after its creation, MERCOSUR functions as an imperfect free trade area, with a significant proportion of trade managed by sectoral and bilateral agreements (for example, in the automotive sector). Deviations from the basic rules are extensive enough that MERCOSUR is best thought of more as a flexible agreement than by what is written in the bloc’s founding documents. However, two relevant rules remain in force, if weakly: the common external tariff (CET) and restrictions on making preferential agreements with third countries, like the one Uruguay is trying to reach with China. Argentina and Brazil, the largest economies in the partnership, have preferred not to dilute the tariff preference granted in the agreement by allowing other countries to strike their own deals. That, in turn, has helped allow these two economies to apply highly protectionist trade policies in recent decades.

But the tide of protectionism has begun to shift, at least in Brazil. This is due to the influence of its economy minister, Paulo Guedes, who sees a need for greater trade openness in Brazil — which means reducing the CET. The current Brazilian government is receptive to a Uruguayan proposal to allow for the process of signing agreements with third markets to become more flexible, giving the option of different speeds in common MERCOSUR agreements, as well as the freedom for each country to sign agreements independently. This would remove a key piece of the protectionist pact that characterized the original construction of MERCOSUR, one of the most closed plurilateral agreements on the planet.

There’s a notable holdout in Argentina, which, supported by Paraguay, continues to oppose this plan. As Argentina’s economic and political problems accumulate, however, its opposition seems likely to prove insufficient to block ongoing change.

China, meanwhile, is eager to capitalize on any opening of trade in the region. In recent years, the country has pursued an aggressive policy of signing free trade agreements, recalling the policy of “competitive liberalization” pursued by the U.S. during the administration of George W. Bush — but with tweaks to match Chinese interests. Preferential access to the huge Chinese market is given in exchange for closer political relations.

A China–Uruguay deal promises to boost not just trade, but investment, too, as improvements in market access encourage ventures to expand production and seize new opportunities. The potential free trade agreement between the two countries looks to be the first move of an epoch-making change for the Southern Cone of Latin America. Uruguay stands to benefit because it has moved first — and whoever moves first, gets to move twice.