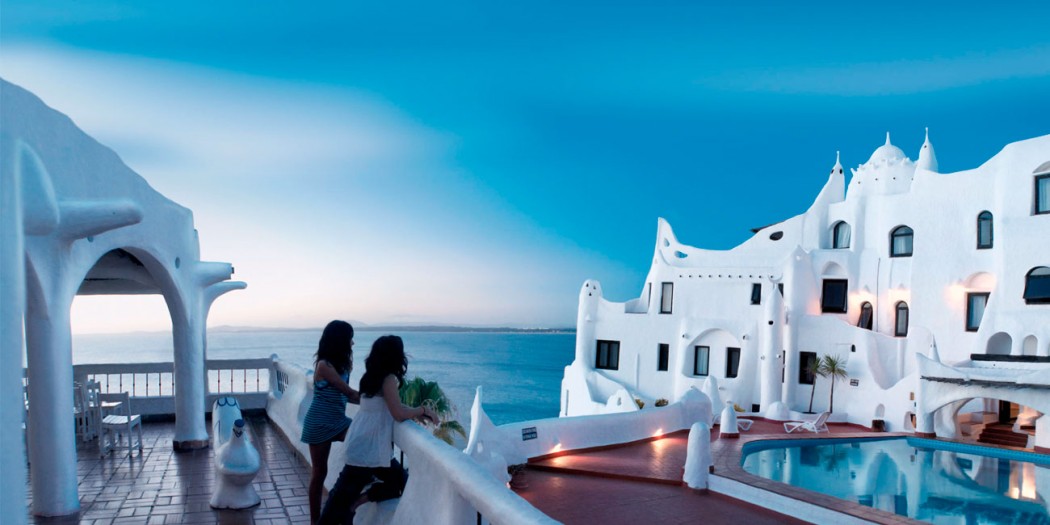 “Dear brothers from Argentina, Brazil, Chile, Paraguay, the rest of the region and the world, this summer we will not be able to host you as we do every summer. I want you to know that it is a very painful decision, because as Uruguayans and hosts we love to receive you and there is nothing we would love most than to share the summer season with you”, is the video message from Uruguay’s Tourist minister German Cardoso to the potential visitors.

The brief video ratifies what was announced earlier in the week by president Luis Lacalle Pou, who described the coming season as a “restricted summer” because of the coronavirus pandemic.

“We have always been most grateful and have received you with open arms, but this season it will not be possible. We trust the situation can be reverted in the midterm and we will again gladly receive you in the same way as always” adds the video. “When all this is over we will be waiting you for a great season coming celebration”Last Thursday the Uruguayan president said that the country’s borders will remain “basically closed” for strangers to avoid the increase in Covid 19 contagions, with a list of exceptions explained in a presidential decree. “I kw very well this is a decision that many will not share, and it is difficult for us. We stretched the announcement, but elements are overwhelming”, Lacalle Pou announced in a media conference.

“We know very well this will mean a significant loss of income, but we must act responsibly and ensure the achievements so far in containing the spread of the contagion”.Nevertheless Lacalle Pou said the government would promote domestic tourism for which a raft of fiscal measures will be announced in short time.Minister Cardoso said the decision is definitive, including that of the incentives, and that is how Uruguay is going to manage the coming summer season. “We are going to promote Uruguayans to take their holidays in the country, because we must be careful in caring for the health of Uruguayans, we must be most responsible and very serious about the sanitary measures”.Uruguayans who spent $1.2 billion on international travel last year, will opt to vacation at home instead of risking a brush with Covid in Europe or North America. The roughly 500,000 Uruguayan expatriates who visit Uruguay every year could be another band-aid. Citizens and foreigners with Uruguayan residency can still enter the country. Under normal circumstances, many Uruguayans would also be crossing borders to spend their summer vacations in Argentina and Brazil where their money goes a lot further, Munyo said. “The cost of closed borders is compensated in part by domestic tourism,” he said. “It’s going to be one of the best domestic tourism seasons in a long time.”

Some three million tourists normally visit Uruguay, mostly from Argentina, Brazil and Paraguay, with an annual turnover of US$ 1,8bn and it is an essential industry for some of the Atlantic coast counties of the country.

Uruguay (3,6 million population) contrary to the region has managed impeccably, so far, the coronavirus pandemic, with 2,851 positive cases, 2,351 recovered and 53 deaths plus 302,500 swabs since the official declaration on March 13. This means the country has currently 447 active cases with only three needing respiratory support.However Uruguay is surrounded by Brazil (210 million population) and Argentina (45 million), which are among the worst Covid 19 ten cases in the world. Brazil has experienced over 5,7 million positive cases and 157,000 deaths, while Argentina more than a million and 29,000 deceased. In both countries because of virtually no swab testing the numbers are considered several times higher.

Uruguay has open land borders with Brazil and in several cities people cross and mingle as an only urban area with their own dialect, a mix of Spanish and Portuguese. The largest city Rivera, on the Brazilian side is called Livramento, and not only are sanitary measures more relaxed but there is a congregation of evangelist, mosques and voodoo temples with the faithful not necessarily abiding with distance measures or face masks.Likewise with Argentina, links are via several international bridges but some of the Argentine crossing come along with doubtful swab tests and on the Uruguayan side when swabbed give fake addresses or phone numbers, which makes the monitoring very difficult.Furthermore several outbreaks have been tracked to Rivera and the international bridges, which had led, among other reasons, to such strict measures ahead of the coming summer season.