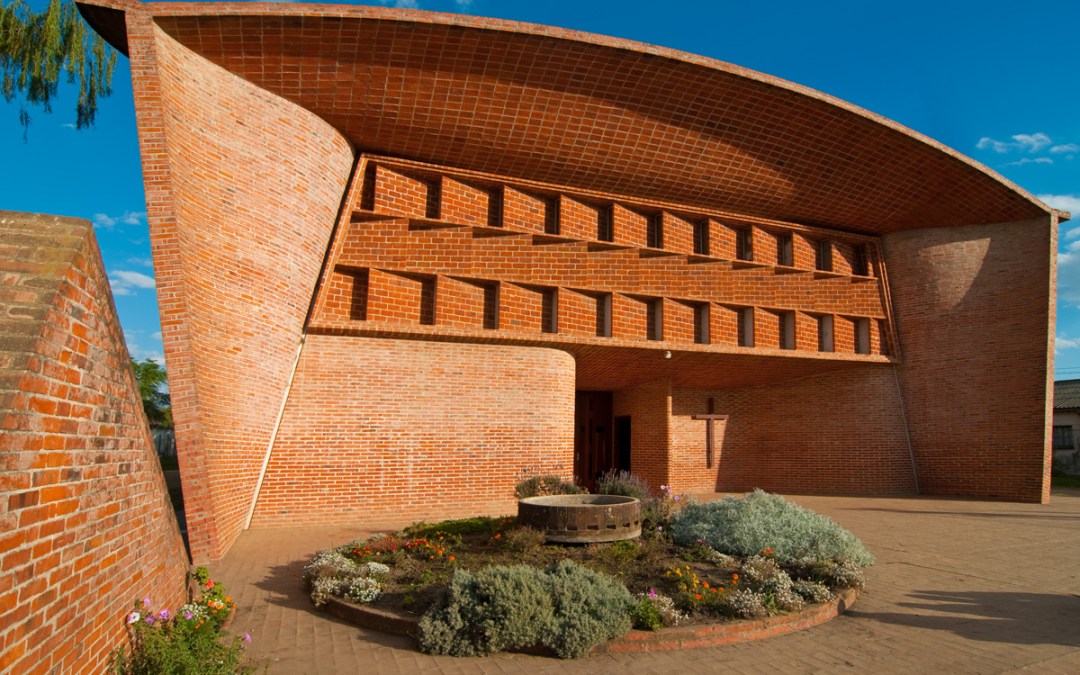 The Cristo Obrero church was built between 1958 and 1960 and is a dramatic example of the work of Eladio Dieste (1917-2000). It is built entirely of brick and does not have a single supporting pillar. Instead the weight is distributed by curved vaults and arches which seem to defy gravity.

The church was awarded heritage status due to its technical innovation and its modern reinterpretation of a type of traditional building.The church is “a marvel of modern architecture. Inside, light enters the space only through skylights, onyx on the doors, and the coloured fixtures placed along the lateral walls.”