Posted in Agri-Business, Investments in Uruguay, Laws and Regulations, real estate On February 27, 2020 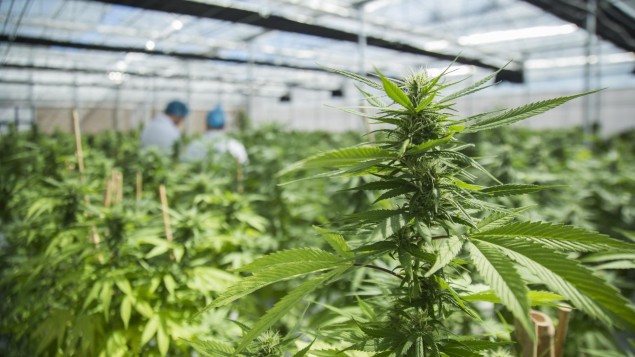 The North American cannabis industry has a capital crunch — and this might channel investment to low-cost growing nations like Uruguay, according to veteran pot entrepreneur Jordan Lewis. ”Everyone is waking up to the fact that it doesn’t make sense to grow cannabis in the tundra of Canada” and other places in North America, said Lewis, chief executive officer of Silverpeak Life Sciences Uruguay

The South American nation, which was the world’s first country to legalize most uses of marijuana, has the potential to become a “low cost production center,” he said. Cannabis companies are entering a consolidation phase, a trend that will winnow the playing field as capital markets prioritize profit over breakneck expansion. Canadian producers like Aurora Cannabis Inc. and Tilray Inc. are cutting jobs to lower costs, and in the U.S. only the biggest cannabis firms have access to capital markets. Some producers are facing cash shortfalls that could put them out of business.

“I think there has been a reality check throughout the industry,” Lewis said in a telephone interview. “The most important thing at the moment is to deliver results. That means making sure you have a sustainable operation in terms of cash flow.” British Columbia-based Silverpeak is in no rush to ask investors for more money after it raised about $25 million from late 2018 through the end of last year. The company sees the free cash flow at its Uruguayan subsidiary, Fotmer Corporation SA, breaking even this year, he said. ”We want to go to the capital markets when the conditions are favorable,” Lewis said. “Right now, the goal is to have the luxury to decide when to go.” Last year, Fotmer shipped just over one metric ton of THC rich dried flower to an EU country, which he declined  to identify, and Australia. Lewis sees Australia and the EU as his main export markets in 2020, with Israel emerging as another possible buyer. “We expect to be shipping over 100 kilos a month in the near term. Right now the limiting factor for us is our actual production,” he said. Production Limit Fotmer has asked the Uruguayan government to expand its annual production limit to 150 metric tons (330,693 pounds) of dried flowers from 10 tons today. While the international market for THC rich dried flowers is still strong, Lewis said he wants to sell some value-added products such as active pharmaceutical ingredients, creams or tinctures as soon as next year. Fotmer recently shipped dried flowers to California-based Biopharmaceutical Research Company for analysis and profiling that will help the firm demonstrate it can consistently produce certain cannabinoids for medical and non-medical products, he said.