Uptick for Uruguay’s economy with optimism but risks hover

Posted in Agri-Business, Investments in Uruguay, Laws and Regulations, real estate On October 1, 2020 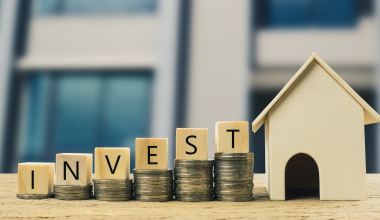 The outlook is brightening for Uruguay – but risks hover.

Uruguay’s economy, dented by pandemic fallout, is expected to contract this year but less than its neighbors Argentina and Brazil.The economy ministry forecasts GDP will fall 3.5% this year but expand 4.3% in 2021. The economy expanded 0.2% in 2019 as sluggish private investment weighed on growth.Multibillion-dollar investment projects, including Finnish firm UPM’s under-construction US$3bn pulp mill and infrastructure PPPs, will help support near-term growth.

Uruguay is also benefiting from a brightening global outlook – including Brazil, but not sputtering Argentina – and favorable financing conditions in both peso and dollar terms.

Effective handling of the coronavirus crisis and the arrival of wealthy Argentines seeking refuge from the country’s turbulence, has played in Uruguay’s favor, too. In parallel, the center-right government of President Luis Lacalle Pou has unveiled plans for an expenditure-based fiscal adjustment to narrow the deficit from 6.5% of GDP in 2020 to 2.5% in 2024. On top of this, authorities have implemented changes to help anchor inflation expectations, and a proposal to stabilize pension spending should be unveiled next year.

Meanwhile, risks include a surge in infections, given the wide spread of the coronavirus in Argentina and Brazil, and weaker-than-expected growth. Any reduction in tourist flows to Uruguay over the southern hemisphere summer, which is probable given the crisis crippling Argentina and the likelihood of sanitary controls, would dent the economy.Overall risks are seen as balanced. All eyes will be on GDP growth – largely linked to external factors – and fiscal consolidation.

“Most of fiscal correction is planned to be done through expenditure control, which is very difficult to do politically, but they appear to be quite committed to it,” S&P managing director Joydeep Mukherji said in a recent webcast.“We’re going to be watching the implementation of this multi-year plan to see where the fiscal trajectory is long term and crucial to that is GDP growth.”S&P has a stable outlook on Uruguay’s ‘BBB’ rating.Fellow rating agency DBRS Morningstar has echoed this: “The evolution of Uruguay’s ratings – up or down – will depend on this government’s ability to put public finances on a more sustainable trajectory.”DBRS, which rates Uruguay ‘BBB (low)’, also highlighted political risk.

Lacalle Pou heads a coalition of center-right parties in congress.Tight fiscal policy, “particularly in the aftermath of a recession and with elevated levels of unemployment, could galvanize public opposition,” DBRS said.“Proposed cuts to tertiary education recently led to large demonstrations around the country. A durable consolidation will likely depend on the administration’s ability to maintain public support.”

Lacalle Pou, who took office this year after 15 years of the center-left Frente Amplio coalition being in government, is dangling carrots in front of foreign investors and wealthy individuals. These include an amended framework of rules on tax residency.