Posted in Business events, Investments in Uruguay, living and working in Uruguay, Tourist attraction On November 16, 2018 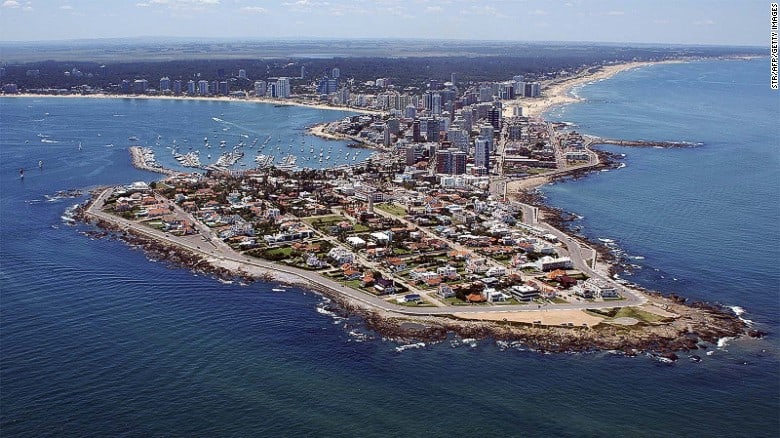 Uruguay will host World Vine and Wine congress as of next Monday 19th Nov.

Uruguay will be hosting the 41st World Vine and Wine congress, of the International Organization of Vine and Wine, OIV, which begins next Monday until Friday in the Atlantic seaside resort of Punta del Este. Representatives from some 47 countries are expected at the event, which is described by Uruguay officials as a most significant for the domestic vine and wine industry since it will have world repercussion.

Mario Lez head of Uruguay’s the government’s wine and vine industry, Inavi, pointed out “it will be an excellent opportunity for the world promotion and development of our wines, and for our guests to see Uruguay’s efforts in advancing the industry and the quality of our grapes.”

During the first three days of the congress, there is a full agenda of technical conferences from different experts analyzing production, market, scientific research papers and the marketing policies.

From Thursday onwards there will be a tour of vine farms in the south and east of Uruguay, and wine sampling.

This is the second time this congress takes place in Uruguay. The first time was in 1995, although at the time there was no organization at government level such as OIV, which started in 2001.

“Much hasn’t changed, but the big difference is that the annual assembly now has a profile of diplomatic representatives. They will be voting on what the different countries propose, wish or aspire” said Mr. Lez.

Uruguay was elected to hold the congress unanimously which comes to show that at world level “we have a respectful supply of quality wines that have been awarded many prizes, a clear signal or our advance despite market difficulties”.

Lez added that the prestige of Uruguayan wines is the result of an ongoing effort from the private sector which has made the necessary investments in vines, equipment, technical support plus adequate support policies from Inavi and the government.

The Uruguayan Tourism Director, Carlos Fagetti underlined the “very good alliance” that the event in Punta del Este will have not only for the wine industry but also for tourism promotion. “We are convinced the congress will be a great success and that many of those attending will be returning to Uruguay since we are good hosts and treat are visitors warmly”.