Posted in Government initiatives, Investments in Uruguay, Laws and Regulations, living and working in Uruguay On May 27, 2021 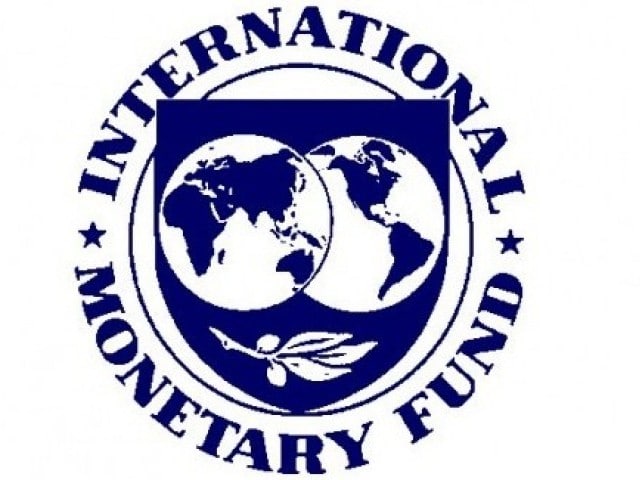 The International Monetary Fund (IMF) has audited Uruguay’s economy and was full of words of praise for the South American country, it was reported WednesdayThese type of review missions are carried out once a year, regardless of whether a country has borrowed from the IMF or it has not. Uruguay cancelled its debt with the organization in 2006.

The IMF highlighted that Uruguay “enjoys a mature democracy, strong institutions, good governance and a high degree of social cohesion,” in addition to a “high per capita income and relatively low rates of poverty, inequality and informality.”But, on the other hand, it has warned that “after a decade of vigorous growth driven by the commodity price boom that ended in 2014-15, public finances weakened and growth became anaemic in the years before the pandemic, with growing evidence of lack of dynamism in the labour market, scarce investment and concerns about the competitiveness of the economy.”

The IMF survey was released after virtual meetings between May 18 and 24 of this month.According to the IMF report, “in a region characterized by recurring financial and social instability, the stability of the Uruguayan economy stands out, and is supported by the solidity of its financial sector, a healthy level of international reserves and its sovereign investment grade.”The mission noted that “the policy response to the pandemic made adequate use of the available policy space, also taking into account the medium-term objectives.”

“The government focused its efforts on mitigating the economic and social effects of the pandemic and promoting reforms to address pre-existing macroeconomic imbalances and stimulate potential growth,” the report added.“Thanks to the effective management of the health crisis, the virus had a low incidence during a good part of 2020, making generalized confinements evitable and limiting the impact on economic activity,” praised the agency.The Fund said that “while the situation has deteriorated remarkably in recent months, the rapid progress of the vaccination program is commendable and will allow for an early reopening of the economy.”

According to the agency, “fiscal policy was adequately focused on supporting the economy and protecting the most vulnerable, while guaranteeing fiscal sustainability in the medium term, in the context of limited fiscal space.”As it had mentioned on previous occasions, the IMF highlighted that “the strong existing health and social protection systems, combined with the low incidence of the virus at the beginning of the crisis, limited the demand for the resources needed to address the health crisis – especially compared to other countries in the region – thanks to which the government was able to concentrate its fiscal efforts on preserving employment, keeping companies afloat and supporting vulnerable groups.”

The IMF added that “the administration of expenses through the Coronavirus Fund promoted fiscal transparency and helped to clarify the transitory nature of the fiscal relaxation.”In the agency’s view, “the temporary relaxation of financial regulations (especially the extension of bank loan payments), the extension of credit guarantees for SMEs, and direct credit lines to companies affected by the pandemic, provided relief necessary for companies and households.”

“The negative real rates of monetary policy, supported by the forward-looking policy, provided adequate support to the economy, while the reforms of the monetary policy framework gave a sign of renewed commitment to the objective of reducing inflation. once the economy is infirm recovery,“ the IMF added.
Regarding the coronavirus crisis, the IMF wrote that ”although covid cases remain high, the recovery is expected to accelerate in the second part of 2021, driven by favourable external conditions and the rapid vaccination campaign“ as “activity is expected to accelerate in the second semester of this year -and that shows a growth close to 3% for the year- as the economy reopens, although the precarious health situation in neighbouring countries continues to be a hindrance, especially for sectors related to tourism,” the report stated.

The reviewing team also pointed out that “short-term fiscal risks are limited thanks to efficient debt management in the last two decades -which has made the debt’s term and currency structure more resilient- and to healthy liquidity reserves.”But the IMF also warned that “although recovery is underway, achieving higher growth – especially if favourable terms of trade are not maintained – will require addressing pre-existing structural weaknesses. It may be necessary to prioritize reforms that mitigate the ‘scars’ left by the covid-19 crisis and support the reallocation of resources.“The IMF mission concluded that it “supports the prudent macroeconomic management deployed by the authorities in the last year and the progress in its reform program. The general political consensus around the necessary reforms is encouraging, although the challenges facing Uruguay are long-standing and have been amplified by the pandemic ”.

The IMF also praised ”the improvements to the monetary policy framework.” The report added that “recent reforms are welcome, including the reaffirmation of the priority of inflation over other objectives, the re-adoption of the interest rate as the main policy instrument, the recalibration of the inflation target range, improvements in transparency and efforts to strengthen the communication strategy of the Central Bank.”The IMF highlighted the de-dollarization strategy, but said that “it depends mainly on achieving low and stable inflation” and suggested that “fiscal policy should continue to support the recovery, and, at the same time, complete the foundations for a lasting consolidation in the medium term.”

The international financial agency also advised that “as the economy reopens and activity recovers, fiscal support should replace policies to preserve employment and keep companies afloat with measures that stimulate demand and job creation.”“In particular, policies that facilitate job retraining, incentivize hiring and on-the-job training, and better align wages with productivity, would support recovery, support employment, and lay the foundations for healthy and efficient growth. inclusive ”, the IMF added.The Fund also warned that “protecting vulnerable groups will be key to the recovery and success of the reform program. Uruguay is in a better situation than other similar countries, but the deterioration of social conditions due to the pandemic and the pre-existing problems of youth employment and child poverty could gradually erode social cohesion.”

And it recommended that “promoting growth while safeguarding social protection programs and maintaining an adequate level of social benefits – balancing coverage and incentives to work – will ensure that the benefits of higher growth are equitably distributed and that the program reform is successful.”The international body also pointed out that “with weak public finances, it will also be essential to clearly outline the way to regain fiscal sustainability and rebuild the room for manoeuvre in fiscal policy, especially given preserving investment grade and market access on favourable terms. The consolidation foreseen by the authorities seems achievable, although it requires concrete measures and the full implementation of the fiscal rule.”