Posted in Investments in Uruguay, living and working in Uruguay On May 1, 2020 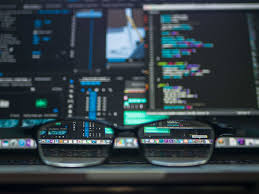 Holberton provides Silicon Valley-grade peer-learning and project-based software engineering training. Students acquire practical skills and an understanding of theory through hands-on learning. Students from the school, which charges no upfront tuition, have been employed at top-tier employers including Apple, LinkedIn, Google, Amazon, and Tesla.

Depending on how the COVID-19 pandemic continues to evolve, Holberton School Uruguay may temporarily open as a remote program providing its education fully online. The school will begin welcoming students in September in partnership with the Zonamerica Foundation, which also partnered with Holberton in the creation of the Cali Holberton campus.

“In Uruguay we need more than 2,000 qualified software developers to help us meet the demand of the industry,” said Martín Dovat, general manager of Zonamerica and member of the board of the Zonamerica Foundation. “Holberton’s innovative, Silicon Valley-grade education has already proven to be highly successful in Zonamerica Cali, Colombia. Partnering with Holberton is helping us supply the talent to meet the demand for highly trained engineers.”

Holberton decided to open its fifth campus in Latin America following the school’s success opening four new campuses in Colombia over the past year. Holberton School Uruguay is working with the country’s top tech leaders to supply the country’s employers with high-quality engineering talent.

“Latin America is a booming hub for tech innovation,” said Julien Barbier, co-founder and CEO, Holberton School. “Given the tremendous success at our Colombia campuses, we are excited for the opportunity to bring highly-trained engineering talent to yet another Latin American technology market. With so much innovation coming out of Uruguay, we are thrilled to be a part of their further growth.”

Holberton boasts a remarkably diverse student body. Its automated admissions process reduces human bias, resulting in one of the most diverse learning institutions in the technology industry. The school charges no upfront tuition. Instead, graduates are asked to contribute a percentage of their salaries to the school for the first three and a half years of their post-Holberton employment, giving back to the next generation of software engineers.

Applications to Holberton are open to applicants from any educational background, age or gender. To enrol in the Montevideo,Uruguay programme that starts 7th Sept. 2020, contact https://www.holbertonschool.com/campus_life/montevideo